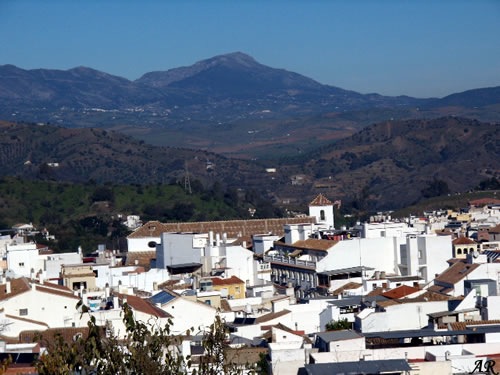 Coin’s municipal territory stretches from the considerable heights of the Alpujata range, one of the mountain masses that separate the interior of the province from the western coast, to the centre of the Guadalhorce valley region. This descent is gentle but there are strong contrasts to be seen, not only in the changing contours of the earth but also in the types of crops and vegetation. Thus, while pines and cork oaks abound in the mountains, the landscape of the lower elevations is dominated by orchards and gardens and, near the River Guadalhorce, broad expanses of citrus and even subtropical crops make their appearance.

With a temperate climate, favourable terrain and abundant water from the Rivers Pereilas and Grande, tributaries of the Guadalhorce, flowing through it, it is not strange in such an area as this that the first human settlements occurred during the Paleolithic period. The site was known as the ‘Taller’, or workshop of Ardite furnished materials for making tools during that prehistoric period, while notable Metals Age sites can be found in Cerro Carranque and Llano de la Virgen, which has been designated a “Bien de Interes Cultural” (Property of Cultural Interest).

Another archaeological site, Cerro del Aljibe, furnishes proof of the passage of the Greeks, Phoenicians, Iberians and Romans through this area, and burial sites from the Visigothic era have been found at Cerro de las Calaveras. All this indicates that the municipality of Coín has been inhabited continuously since very remote times to the present day.

The actual foundation of Coin was during the Muslim era, however. According to the chronicler of Abderraman III, the former Roman settlement was fortified in the year 920 by a high-ranking personage from Cordoba named Dakwan (Coín). Dakwan would play a very important role in the campaigns of Abderraman III against the Muladi rebel Omar Ben Hafsun until 928, the year of the fall of Bobastro, Omar Ben Hafsun’s general headquarters. 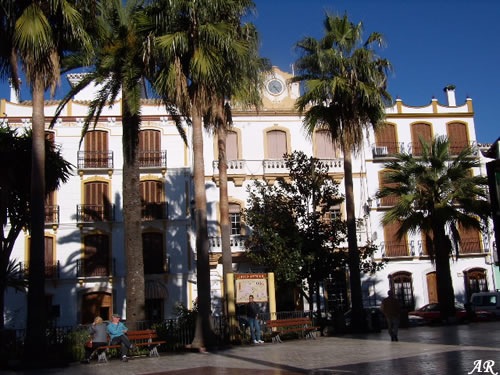 Three centuries later, the Moroccan historian Ibn Adhari referred to Coín as Castro Dakwan (Dakwan Fortress), which has given rise to conjecture that the origin of the city’s name is Roman or at least Mozarabic, especially considering the existence of a Mozarabic cave basilica near the village, which indicates the existence of such a community predating the arrival of the army of Abderraman III. During the Muslim period, agriculture was especially developed in this municipality and, as in other localities in Andalusia, some of the irrigation infrastructure is still preserved. In about 1480 it was a medium-sized Nazarite Kingdom city, with some 3,000 residents. It should be kept in mind that, in that period, Málaga had some 20,000 souls and Granada about 50,000.

The city fell into the hands of the Christian troops in 1485, a fact that is reflected in the dressed stonework of the Toledo cathedral choir room. Afterwards, the Catholic King immediately ordered the demolition of the fortress because, due to its size, it was too costly to maintain a garrison in it sufficient for its defence. Two years after the conquest, the place was repopulated and the lands distributed, and, from the beginning of the sixteenth century, the village showed a constant increase in population. It is the opinion of some writers that Coín had the honour of receiving a visit in 1594 by Miguel de Cervantes when the great writer had a job as tax collector for the Crown.

There were 700 orchards and market gardens in 1773, in which all kinds of fruits and vegetables were grown. The countryside produced wheat, maize, olive oil, barley, hemp, figs, honey, silk, etc. and also had 14 oil mills and 20 flour mills, in a time when the population was only 1,800. Coín entered the modern age in the twentieth century with the opening of the railway (now no longer in existence) that linked the locality with the city of Málaga (1913), and, in 1930, Alfonso XIII granted it the status of Ciudad (City) and its Town Hall the right to the appellation of “Excellent”.

Reduced from 690.000 to 650.000 for a quick sale. This Cortijo Andaluz is located within walking distance to the village of Coin and only a 25 minute car drive from Malaga airport, Marbella and Fuengirola. The Cortijo is set on a large flat plot of about...