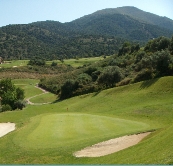 There are traces of Neolithic occupation in the forested areas south-east of the village of Alhaurín el Grande: silent witnesses to the long history of human habitation of the area. A history longer than history itself.

By the time that the Romans arrived, the tiny Iberian settlement in the Sierra de Mijas was already well established, but if it had a name, the Romans chose not to record it. Instead, they gave it one of their own. The village became Lauro Nova. It was a spot apparently blessed by the gods: fertile, temperate, and surrounded by hills riddled with valuable mineral deposits. Roman villas popped up around the kernel of the village like dozens of Jack-in-the-Boxes springing open in rapid sequence. The hills are still dotted with their remains.

It was a golden age that became a little tarnished during the time of the Visigoths. The town was in no danger of disappearing, but its development was exceedingly slow. It was not until the Moors took it on and built a fortress on a hilltop called Torres de Fahala that it began to move again. The Moors also gave it a new name: Alhaurín (Garden of Allah). Like the Romans before them, they linked the township to a second to which they gave the same name, calling them Alhaurín el Grande and Alhaurín de la Torre. To the Romans, they had been Lauro Nova and Lauro Vetus.

The fort was destroyed in the destructive zeal of the Christian reconquest, but at least the village survived. Others close by, such as Benamaquis and Fahala, were not so fortunate.

Alhaurín el Grande has survived a great deal. Waves of invaders, epidemics of plague, and even an earthquake in 1680. During the Peninsula War of 1808-14, it was occupied for four years by French troops and suffered considerable bombardment.

It would not be surprising, therefore, if all traces of its long past had been literally obliterated. But some has miraculously survived. There is the 12th Century Moorish archway “Arcos de Cobertizo”, which, while not being in any way spectacular (it stands close to the church and now leads nowhere), at least represents a tangible link with the past. In the small plaza in front of the town hall, the Plaza del Ayuntamiento, are three Roman columns which were discovered close by at Fuente del Sol. Unlike some other villages in the hills, Alhaurín el Grande acknowledges that it has a history, and is quietly proud of it. The plaza, incidentally, has a superb view of the valley.

Urban plot of land in the town centre. It would be ideal for a townhouse with a patio or a small garden.

Urban plot with a storeroom construction already in place, in need of a total reform, in Alhaurín El Grande. It is ideally situated very close to schools, restaurants and transport. It has lots of potential and has a registered vehicle entrance to the...